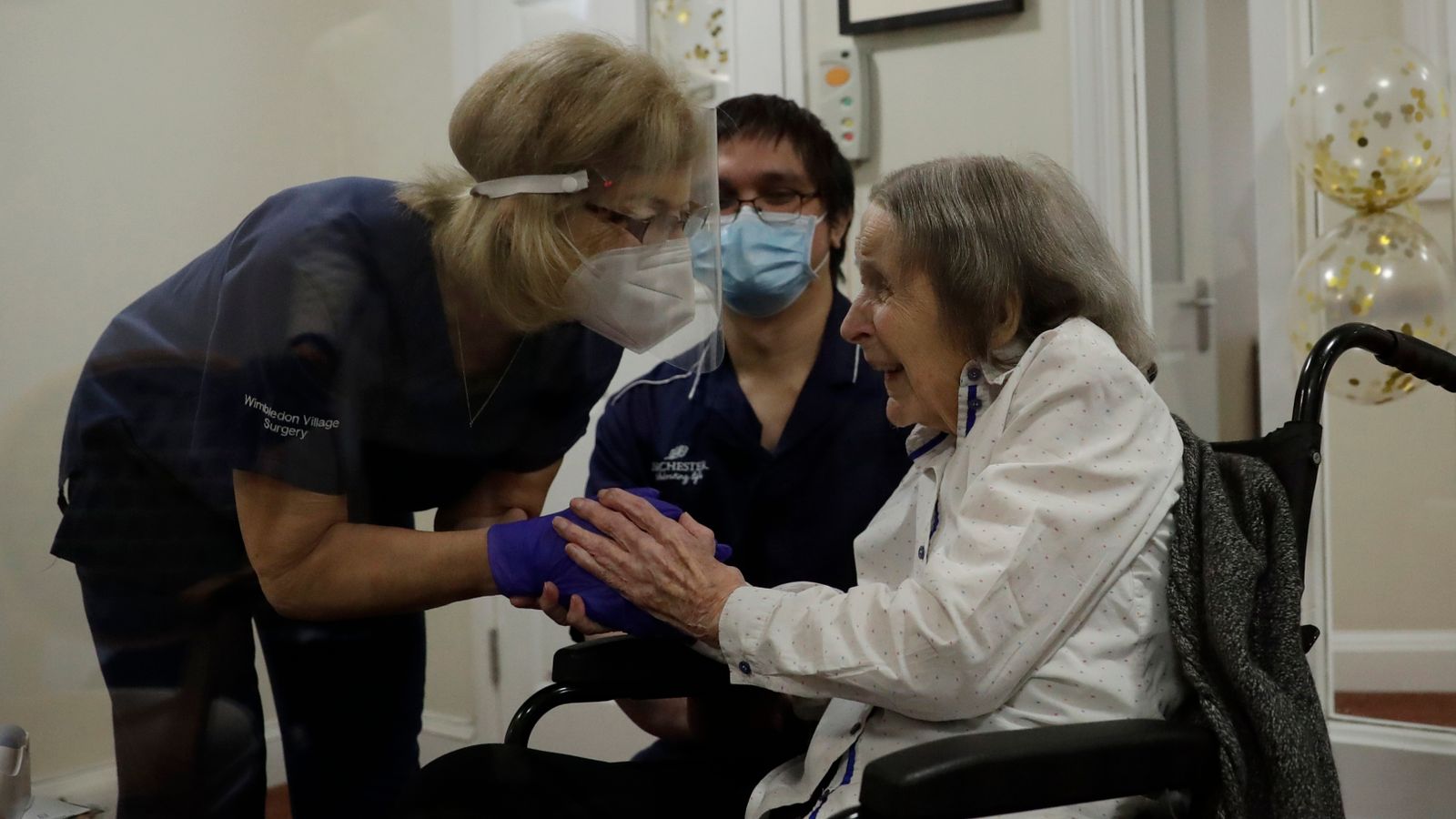 Every care home resident in England has been offered a COVID-19 jab, the NHS has confirmed, just hours after a new record was set for vaccinations in the UK.

Older people living in more than 10,000 care homes across England have either been vaccinated or offered the jab and those forced to wait because of an outbreak of the virus will be treated as soon as possible, health professionals said.

It follows the news that more than 600,000 doses of a coronavirus vaccine were administered in just one day at the weekend.

Saturday saw 598,389 people across the UK given their first jab while another 10,621 got a second dose, as the government and NHS races towards a target of vaccinating 15 million of the most vulnerable people in the country by mid-February.

So far, nearly nine million people have had a first vaccine.

Dr Nikki Kanani, NHS England’s primary care director, who has also been delivering vaccines to care home residents and staff, said: “I want to thank my colleagues, and everyone involved in the vaccine rollout, for their extraordinary work in recent weeks.”

She added: “It is because of their tireless efforts that millions of people have already been vaccinated, including hundreds of thousands of care home residents, and as a result we are a vital step further in our fight against COVID-19.

“It has been a privilege to vaccinate some of the most vulnerable people and the wonderful people who look after them.

“Many have had little contact with the outside world throughout the pandemic and so it has been truly humbling for all, giving them hope and importantly protection against the disease.

“I would urge anyone who is offered the vaccine to come forward.”

Prime Minister Boris Johnson said: “Today marks a crucial milestone in our ongoing race to vaccinate the most vulnerable against this deadly disease.

“We said we would prioritise and protect care home residents, and that is exactly what we have done.

“There will be difficult moments to come, and the number of cases and people in hospital remains dangerously high.

“But vaccines are our route out of the pandemic, and having protected 8.9 million people with a first dose so far, our rollout programme will only accelerate from here on.” 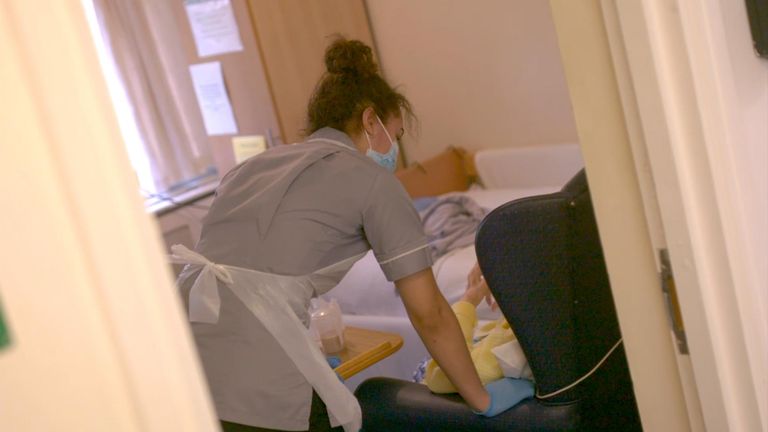 Speaking to Sky News after the milestone was reached, Nadra Ahmed, the executive chairman of the National Care Association, called it a “great feat” – but she added that the toll on care homes should not be underestimated.

“It’s hard to get across what an impact it has had on people’s mental health,” she said.

Ms Ahmed added: “We have homes telling us they have two or three deaths in a year maybe, and they have had to face six or seven in months. Just the thought.. and for the residents in those homes to see empty chairs.

“You can’t put that into words really. It’s really hard.”