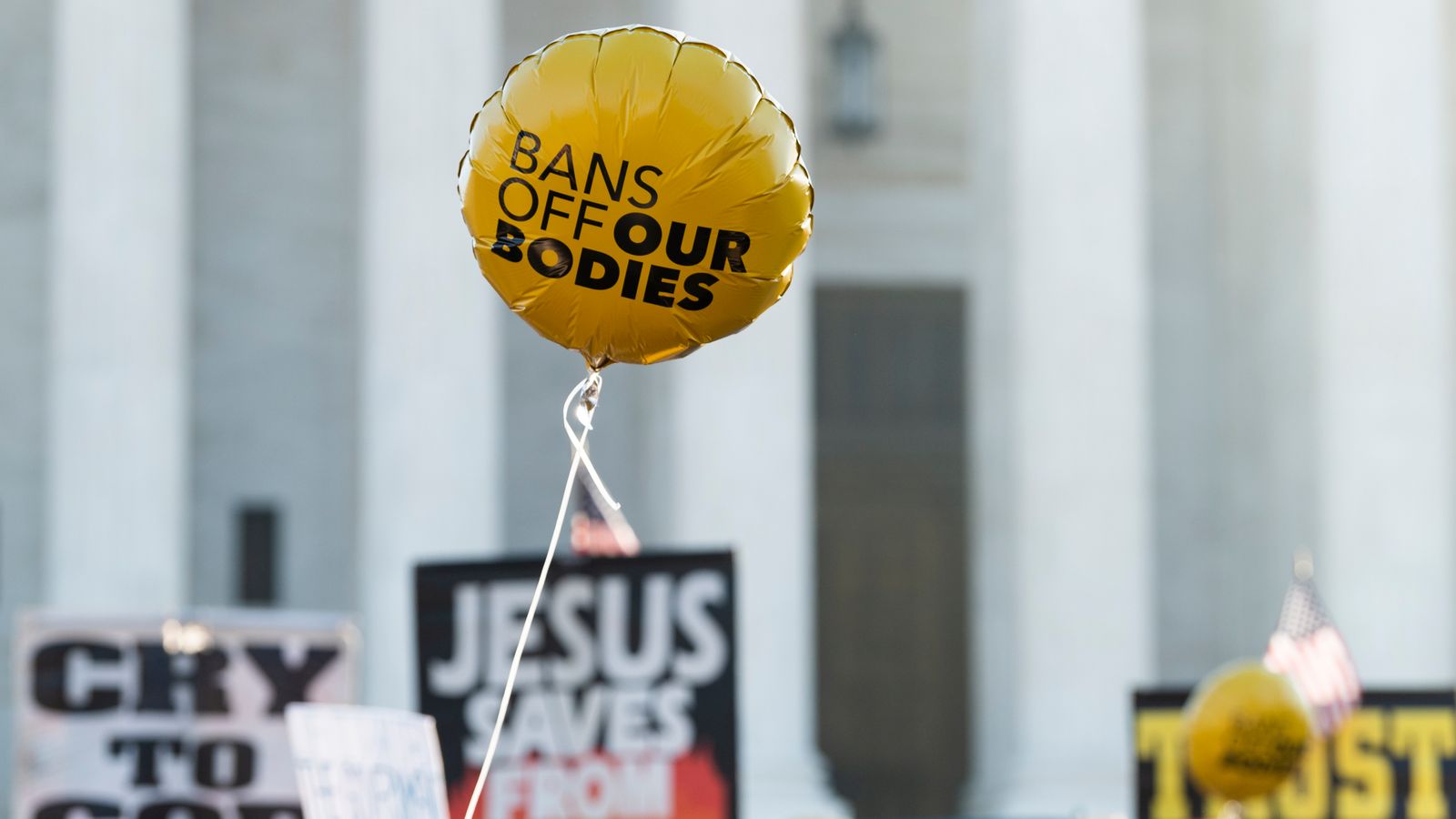 The US Supreme Court has signalled a willingness to curtail abortion rights in the US and possibly overturn the 1973 Roe v Wade ruling that legalised terminations.

The Supreme Court justices indicated they will uphold a restrictive Republican-backed Mississippi law that would outlaw the procedure after 15 weeks of pregnancy.

The court, which has a 6-3 conservative majority, is preparing to rule in the southern state’s appeal to revive its ban after it was blocked by lower courts.

Jackson Women’s Health Organisation, the only abortion clinic in Mississippi, challenged the law and has the backing of Democratic President Joe Biden’s administration.

A ruling is expected by the end of next June.

Hundreds of protesters from both sides of the abortion debate have been staging rallies outside courthouse in Washington DC ahead of the arguments.

Pro-life demonstrators held huge signs reading “abortion is murder”, with some carrying Christian crosses. Abortion rights activists chanted “What do we want? Abortion access. When do we want it? Now”.

The landmark 1973 Roe v Wade ruling recognised that the right to personal privacy under the US Constitution protects a woman’s ability to terminate her pregnancy.

The state of Mississippi is telling the Supreme Court those two decisions should be overturned and that a state law that bans abortion after 15 weeks should be upheld.

Anti-abortion advocates believe they are closer than ever to overturning Roe, a longstanding goal for Christian conservatives.

Mississippi’s is one of a series laws designed to restrict abortion passed in Republican-governed states in recent years.

The Supreme Court heard also arguments on 1 November over a Texas law banning abortion at about six weeks of pregnancy, but has not yet issued a ruling.

The Roe and Casey decisions mean states cannot currently ban abortion before a foetus is viable outside the womb, generally viewed by doctors as between 24 and 28 weeks.